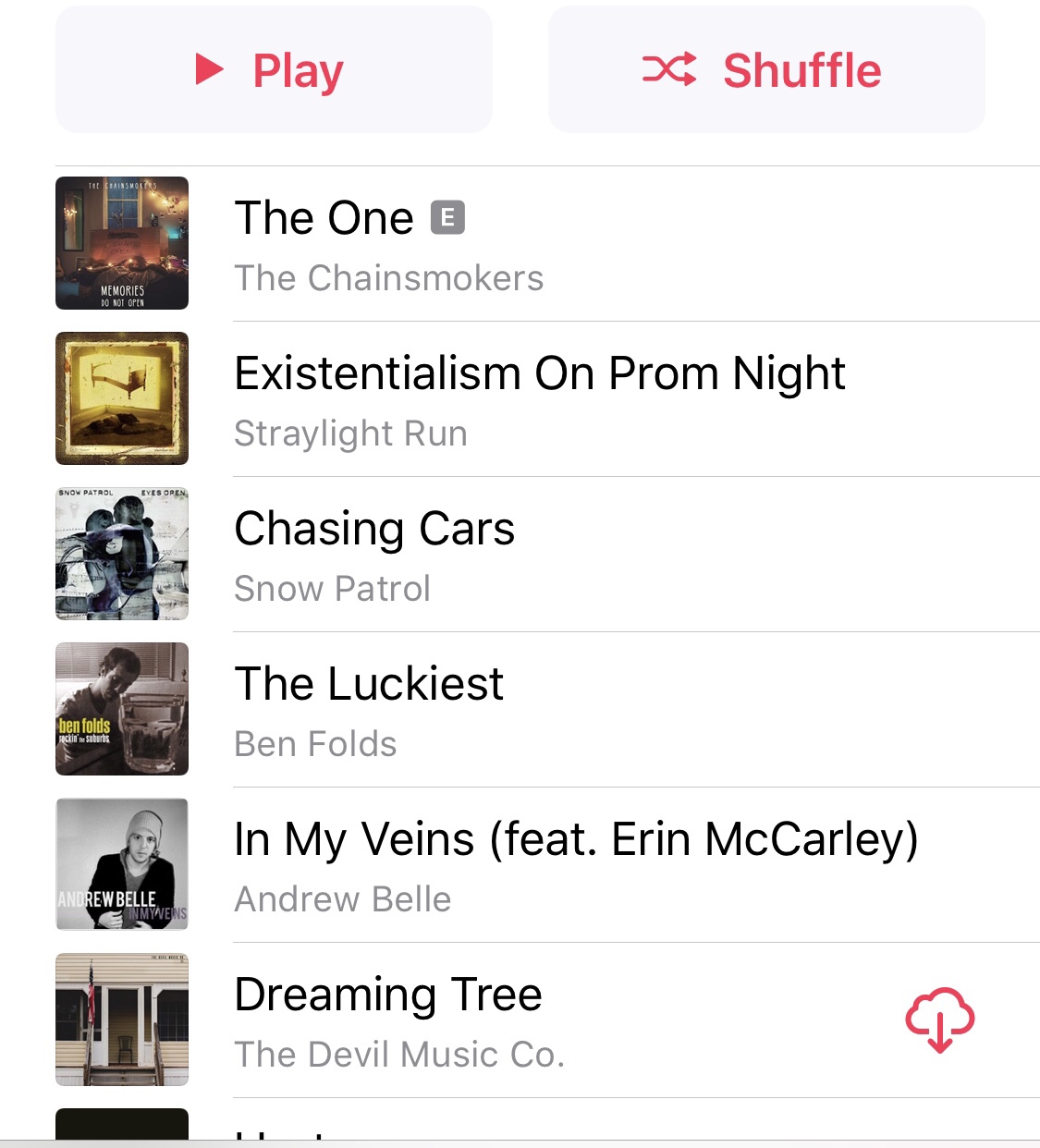 I have a playlist that I rarely take away from and only occasionally add to. I call it Down. It’s twin is called Positive. The former was the list for the night with only a few showing above.

Tonight, I also added some Minecraft worlds for my daughter to play with and got frustrated that the Xbox One doesn’t exactly play nice with iOS add-ons so I had to buy a different set for her there in the end. I had one phone call, one FaceTime, and a few texts that said Happy Birthday.

But tomorrow, I won’t receive texts unless someone is telling me they are running late for work or they are out with a sick kid (or because they are without electricity from this weird ice storm that did nothing at my house but tore up areas within a 30 min drive). On the upside, I did have one of my wife’s friends say, “Hey, friend!” When I saw her Friday and it shocked me for a moment because I haven’t heard that phrase towards me in a while. She works with good people and that one has even come to a game night and slept over. It makes me wonder if a shift in jobs to people who are also near my age would make me feel better. Everyone I work with is older than me except for one. And I’m over almost all/responsible for all of them so I don’t interact much outside of my tasks. It sucks life from you.

I need to find some positive things to talk about on here. One day RC may find this and think man this guy’s life sucks! But really it’s not that bad – just mediocre, like everyone else.

Hi, I'm David. Now at https://madmanslantern.medium.com most of the time. View all posts by David Wilson